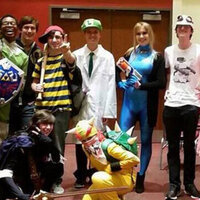 The MU Smash club is an organization dedicated to spreading the love of Super Smash Bros to the far corners of Miami’s campus. All smash games were created equal.

The club holds weekly meetings to play and celebrate all things Super Smash Bros. Every Saturday, tournaments are hosted by the organization with occasional tournaments featuring both singles and doubles brackets.