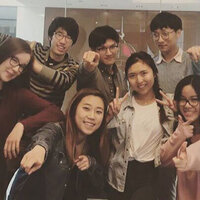 The purpose of the Korean American Student Association is to promote and expand the interest of the Korean culture, as well as to bring awareness and understanding of the diversity between both Korean and American cultures to Miami University and Oxford, Ohio. Contingent goals include activism of Korean and Asian American issues and working with the International students coming from Universities/Colleges from Korea and providing them with an outlet of social involvement among the Korean population. This is designed to reach and expand from the first and second generation Koreans, adopted Koreans, and non-Koreans. KASA is a club for everyone!