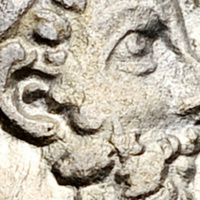 When Miami University was founded in 1809 the study of the Greek and Latin classics was a centerpiece of the curriculum. The classical humanities make up one of the few subjects taught continuously at Miami University since its inception, and this continuity typifies Miami's long-standing commitment to the humanities and to liberal education. Numerous distinguished scholars and teachers have been members of the Miami Classics program, including Robert Hamilton Bishop, Jr., son of Miami’s first President and Professor of Latin for over 50 years, Charles Elliott, Professor of Greek and University Librarian until 1870, and William Holmes McGuffey, the Professor of Greek and Latin best known for his elementary English reader. Henry Montgomery and Frank L. Clark are among the many well-known teacher/scholars of the twentieth Century. Miami has long been recognized as a center for the study of the classics by its involvement with the American Classical League, the national organization for the promotion of the study of Latin and Greek.

Departmental Talk on Sparta in Metal