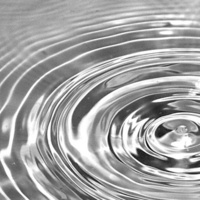 Time and the Visual Imagination: From Physics to Philosophy

Part of the 2019-2020, John W. Altman Program in the Humanities: Time and Temporality

Professor Ismael is a professor of Philosophy at Columbia University.  Most of her work falls into two classes. The first class circumscribes central concerns of the philosophy of physics. Interests there include the structure of space and time, the foundations of quantum mechanics, the role of simplicity and symmetry in physics, questions about the nature of probability, natural laws, and causal relations. The second class includes mind, cognition, phenomenology, and the nature of perspective.

Professor Ismael received her Ph.D. from Princeton University, was a Mellon Fellow at Stanford, and taught at the University of Arizona before coming to Columbia.  She has held a number of prestigious fellowships, including an NEH fellowship at the National Humanities Center, a Queen Elizabeth II Research Fellowship from the Australian Research Council, and fellowships from the Templeton Foundation and CASBS (Center for Advanced Studies in Behavioral Science at Stanford). Her research interests and areas of specialization include Philosophy of Physics; Philosophy of Science; Philosophy of Mind; Epistemology;  Metaphysics, with interests (and some expertise) in Cognitive Science, and Philosophy of Literature, and Existentialism.