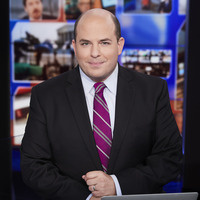 The Role of the Media in American Democracy

Brian Stelter, chief media correspondent for CNN Worldwide and host of CNN’s weekly program Reliable Sources will present the Menard Family Center’s Fall Lecture entitled “The Role of the Media in American Democracy,” on Monday, October 19, at 7 p.m. Recently named to “Forbes Magazine’s” “40 Under 40” list for his impact on American politics and media, Stelter is a former media reporter for the “New York Times” and executive producer of the recent HBO documentary “After Truth: Disinformation and the Cost of Fake News.” His lecture will focus on the news media’s role in democratic governance and America’s longstanding commitment to freedom of the press.

This event is free and open to the public. Registration is required at https://bit.ly/2SI7adW.