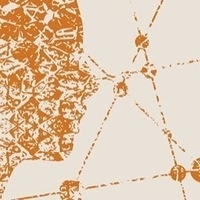 Angela Saini is a science journalist and the author of three books. Her latest book, Superior: The Return of Race Science, was published in 2019 to widespread critical acclaim and named a book of the year by the Financial Times. She is a frequent guest on British television programs and a presenter on BBC radio. Her writing has appeared in The Sunday Times, New Scientist, National Geographic, and Wired.

The 2021-2022 Altman Program invites the Miami University community to explore the persistence of racism in its cultural, political, and institutional forms. What is the history of race as an idea and a social category? How did it transform systems of law, administration, and representation into vehicles for subjugating entire groups of people? How does racism work today? What is its relation to systems of caste and meritocracy? To citizenship and mobility? How can emerging humanities scholarship help us interrogate its evolution and frustrating persistence? And what measures can we take to create a more inclusive and equitable society?