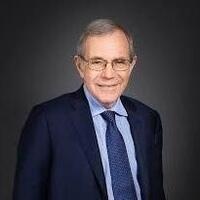 The Civil War, Reconstruction and the Problem of Freedom

Dr. Foner is one of America’s pre-eminent historians and public intellectuals.  Author of over two dozen widely acclaimed books on American history – including the Pulitzer Prize and Bancroft Prize-winning The Fiery Trial:  Abraham Lincoln and American Slavery (2010) and Reconstruction:  America’s Unfinished Revolution, 1863-1877 (1988), which won Bancroft and Parkman Prizes – Dr. Foner is a past president of the Organization of American Historians, the American Historical Association and the Society of American Historians.  He is an elected fellow of the American Academy of Arts and Sciences and the British Academy and was elected to the American Philosophical Society in 2018.  Dr. Foner holds a Ph.D. from Columbia University, where he studied under Professor Richard Hofstadter.

This presentation is part of the Menard Family Center for Democracy's spring "Dialogues on Democracy" series.  Co-sponsored by the Department of Humanities & Creative Arts.  Free and open to the public; advance registration required: tinyurl.com/menarddialogues.

Free and open to the public; advance registration required