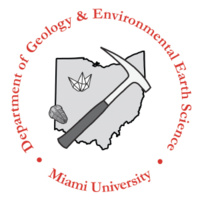 Rocks from Space: Tales of Life and Death

This is the 18th annual Baldwin in Frontiers Geology Lecture.  The lecture will be followed by a reception in the lobby of Shideler Hall and is free and open to the public.

Prof. Meenakshi Wadhwa is a planetary scientist and Director of the School of Earth and Space Exploration at Arizona State University.

Her research group is known for developing novel methodologies for isotope analyses of planetary materials for understanding the processes and timescales for events in the early Solar System and the abundance and origin of water on the terrestrial planets. She received her PhD in Earth and Planetary Science from Washington University in St. Louis.

She has hunted for meteorites in Antarctica with the NASA- and NSF-funded Antarctic Search for Meteorites (ANSMET) Program. She is currently President of the Meteoritical Society.

She is a recipient of the Fulbright-Nehru Academic and Professional Excellence Award, the Guggenheim Fellowship and the Nier Prize of the Meteoritical Society. She was recently also awarded an American Council on Education Fellowship and became a Fellow of the American Geophysical Union.

The International Astronomical Union named an asteroid (8356 Wadhwa) in recognition of her contributions to planetary science.