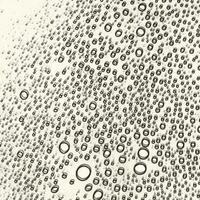 Race and Temporality: From Newtonian Blackness to Quantum Diasporic Spacetimes

Michelle M. Wright is the Longstreet Professor of English at Emory. Her research focuses on literary, cultural, philosophical and political discourses on Blackness and Black identity in the Anglophone, Francophone, and Germanophone African Diaspora, from the 18th to 21st centuries. Professor Wright’s first book, Becoming Black: Creating an Identity in the African Diaspora (Duke UP 2004), establishes an intellectual genealogy of Blackness from Other to subject in West Africa, the Anglophone and Francophone Caribbean, the United States, and Western Europe across the 18th, 19thand 20th centuries.

Another work by Wright, Physics of Blackness: Beyond the Middle Passage Epistemology (UMN Press, 2015), uses theories of time from lay discourses in theoretical physics, philosophy, history, and literature to show how theorizations of Blackness become more accurate and inclusive when we move from understanding Blackness as a “what” to a “when” and a “where”. Her current project, Feeling Europe: Black and African Diasporas in the Heart of Empire, looks at how space, place and affect destabilizes yet expands notions of home and racial belonging.

She is also co-editor, with Tina M. Campt, of Reading the Black German Experience: A Special Issue of Callaloo; with Maria Fernandez and Faith Wilding, of Domain Errors! A Cyberfeminist Handbook and, with Antje Schuhmann, of Blackness and Sexualities.

Professor Wright also writes for the public media, with pieces published in Ebony, Chicago Tribune, The Root, and Los Angeles Review of Books as well as other media outlets.