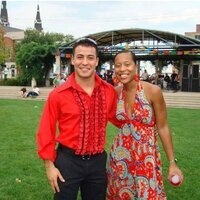 Proclamation by the City of Oxford

History of the NHHM

National Hispanic Heritage Month celebrates and recognizes the contributions Hispanic Americans have made to American society and culture and honors five of our Central American neighbors who celebrate their independence in September.

National Hispanic Heritage Month had its origins in 1968 when Congress passed Pub. L. 90-498 (PDF, 153KB),  which authorized and requested the President to issue an annual proclamation designating the week which included September 15 and 16 as National Hispanic Heritage Week.  By directing that this week should include September 15 and 16, the law celebrated Hispanic Americans and the anniversaries of independence for the Latin American countries of Costa Rica, El Salvador, Guatemala, Honduras and Nicaragua as well as Mexico’s independence on September 16.  President Lyndon Johnson issued the first such proclamation, Presidential Proclamation 3869, which stated in part:

Wishing to pay special tribute to the Hispanic tradition, and having in mind the fact that our five Central American neighbors celebrate their Independence Day on the fifteenth of September and the Republic of Mexico on the sixteenth, the Congress by House Joint Resolution 1299, has requested the President to issue annually a proclamation designating the week including September 15 and 16 as National Hispanic Heritage Week.

Between 1969 and 1988 Presidents Nixon, Ford, Carter and Reagan issued a series of annual proclamations that designated a week in September including September 15 and 16 as National Hispanic Heritage Week.  These proclamations celebrated the contributions to America of men and women of Hispanic origin as well as recalling the work of the early Spanish explorers and settlers.

Visit City of Oxford website the date/time of the event.