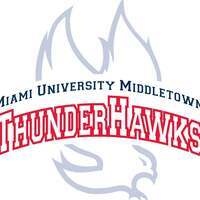 Miami University Regionals’ Middletown Campus has announced the fifteenth group of inductees into its Athletic Hall of Fame. The Hall of Fame recognizes student-athletes, coaches, teams, and others who have brought success and honor to the University.

“These three honorees have enriched their communities and all of those around them,” said Cheryl Miller, Miami Middletown’s Athletic Director. “We are honored to be able to recognize them for their contributions while at Miami Middletown and beyond.”

The cost to attend is $35, which includes entrance into the basketball games that start at 1 p.m., hors d’oeuvres at 5 p.m., and a catered dinner at 6 p.m.

Tickets are available by calling the Middletown Athletic Office (513)727-3313 or by stopping by Johnston Hall Room 112.