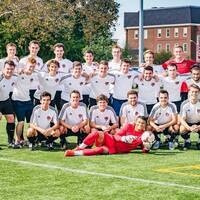 The Miami Men's Club Soccer Team will be hosting tryouts for the 2019 season on August 28-30th. There will be cuts made after each day of tryouts and decisions on who made the team will be decided on August 30th after tryouts. You must bring $20 CASH to the first day of tryouts for field rental fees, if you make the roster for the season the $20 will be subtracted from your dues. The season consists of games against competitive schools such as Notre Dame, Purdue, Cincinnati, and Indiana University with the opportunity to compete in Dallas, Texas in the Club Nationals Tournament. We look forward to meeting you all!