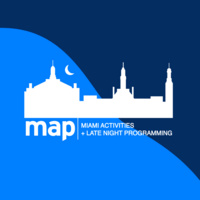 Chris Singleton is a former professional baseball player in the Chicago Cubs organization as well as an inspirational speaker who has traveled the country passionately speaking to over 60,000 students. Chris has also spread his message through various different media outlets and has been featured on ESPN’s E:60, Sports Illustrated magazine, CNN, and USA Today. His mother, Sharonda Coleman Singleton, was murdered along with eight other victims at Mother Emanuel AME church in Downtown Charleston, South Carolina on June 17th 2015 by a white male who wanted to start a race related war in the United States. Chris inspired his city and the nation by forgiving the man who murdered his mother and stating that “Love is stronger than hate.” Chris inspires his audiences through his personal experiences of adversity and his belief that God can guide you through any storm you will ever pass.

Hosted by: Miami Activities and Programming

Additional Information can be found at: muhub.campuslabs.com/engage/event/6444966

Great story of overcoming hardship with a great message.