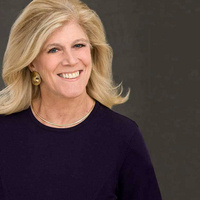 The Michael J. Colligan History Project welcomes award-winning broadcaster and best-selling author Lynn Sherr on the 100th anniversary of the U.S. Constitution’s 19th Amendment, which guaranteed voting rights on the basis of sexual equality. Sherr spent more than 30 years at ABC News, including more than 20 years as a correspondent with ABC’s flagship news program, “20/20.”

An investigative reporter specializing in social change and women’s issues, Sherr’s numerous awards include an Emmy, two American Women in Radio and Television Commendation awards, a Gracie Award and a George Foster Peabody Award. She has written several best-selling books on American history, including “Failure is Impossible: Susan B. Anthony in her Own Words” (1996) and “Sally Ride: America’s First Woman in Space” (2014). Her presentation weaves together the historical significance of the 19th Amendment with an appreciation of the power of women such as Susan B. Anthony in the movement for change.

Book signing and public reception to follow after event.