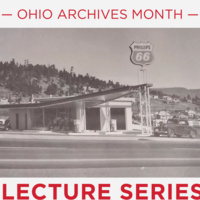 Nicholas P. Money, director of the Western Program and professor of biology

"Before the Civil War, John Milton’s “Paradise Lost” and William Paley’s “Natural Theology” were required reading for students at Miami and Oxford’s colleges for women. As the revelations of 19th-century science began to challenge the Biblical account of creation, Oxford became an intellectual battleground that engaged students, professors, and local clergy. The significance of Darwin’s “Origin” was eclipsed by the Civil War, but a more scientific and secular curriculum emerged afterward. The changing views of the early Miamians are revealed through the rich sources in our Archives and Special Collections. The significance of this topic is heightened in our time of public skepticism toward science and political resistance toward the facts of climate change."