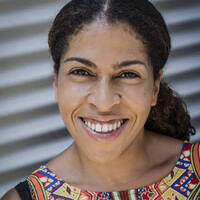 Sue Mobley is a New Orleans based urbanist, organizer, and advocate as well as a member of New Orleans’ City Planning Commission. She has served as Director of Advocacy at Colloqate Design and Co-Director of Paper Monuments, a public art and public history project that invited residents to imagine new monuments for New Orleans. Sue was formerly Public Programs Manager at the Small Center for Collaborative Design at Tulane School of Architecture, where she combined public pedagogy projects, strategic collaborations between the academy, public, and non-profit sectors, and adapting social science research methods with architecture students. Sue holds a BA in Anthropology from Loyola University New Orleans and an MA in Political Science from the American University in Cairo. Her primary interests are in urban studies, municipal policy and politics, and design ethnography with a focus on race, class, and gender. She is the author of Human Rights, Human Wrongs, Observation of Human Rights Law and Norms in United Nations Peacekeeping Operations and a contributor to Remaking New Orleans: Beyond Exceptionalism and Authenticity recently released on Duke University Press.