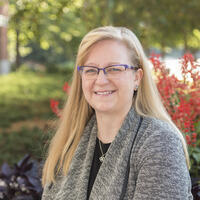 "Walking in the Footsteps of History: Digital Documentation and Visualization of the Civil Rights Movement"

Danielle Wilkins is an Assistant Professor at Georgia Institute of Technology's School of Architecture and a practicing designer, researcher, and educator who brings architectural engagement to diverse audiences through interactive projects. Her research and practice experiences span design/build, early intervention design education, transatlantic studies, and historic site documentation and visualization. As the 2015 Society of Architectural Historians’ H. Allen Brooks Travelling Fellow, she traveled to Iceland, the Faroe Islands, Cuba, and Japan to research the impact of tourism on cultural heritage sites. Currently, she is working with Auburn University Associate Professor Liu and an interdisciplinary team from the McWhorter School of Building Science, the Department of History, and the Media Production Group on “Walking in the Footsteps of History”, an experimental survey and modeling project to digitally reconstruct the area south of the Edmund Pettus Bridge during the 'Bloody Sunday' events of March 7, 1965. This project is working to record and represent the built environment through the use of 3D LiDAR scans, UAV photogrammetry, and digital modeling. Wilkins is also currently developing a manuscript for publication with the University of Virginia Press: The Transatlantic Design Network: Jefferson, Soane, and agents of architectural exchange, 1768-1838 (working title). Thus far, this research has been supported by grants from Auburn University, the Sir John Soane’s Museum Foundation, the Society of Architectural Historians of Great Britain, and a Franklin Research Grant from the American Philosophical Society (APS).