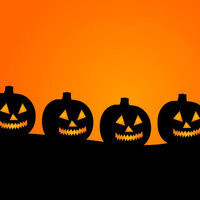 The League of Geeks will be holding our annual Halloween party! We have 15 groups that make up the League that will be holding games, a costume contest, trivia with prizes, and much more! There will also be free food and candy at the event. Come join us to geek out this Halloween!
Hosted by: Anime, M.U. , Comic Federation, Department for the Knowledge and Improvement of Pokemon, Miami University , Electronic Gaming Association, Miami , eSports Club, Miami University, Good Game Well Played, League of Geeks, Miami Game Design Club, Miami Medieval Club, MU Smash, Miami Wrestling Fans, Miami University Fighters Guild, Miami University Cubing Association, Role Playing Guild, Strategy Gaming Club, VR Club
Additional Information can be found at: muhub.campuslabs.com/engage/event/3653638