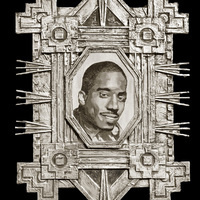 Larry Collins, They That Matter

Prompted by a TIME magazine cover from April 20, 2015, Larry Collins delves into the awareness of events in

the United States concerning the shooting of black men and women by police. Deeply moved while reading the magazine, Collins felt these stories of these African American men and women needed to be told and people should honestly take notice of these victims and what these events have to say about our society. Collins reflected back to an exhibition of his work in the mid-1990’s, All For The Cause, where he created 33 portraits of individuals who died during the civil rights movement. Many of those killed were never vindicated, and Collins realized, “the stories of the slain civil rights workers had many characteristics similar to the stories of victims who have experienced police violence.” In They That Matter, Collins re-creates individual shrines, just as he exhibited in

All For The Cause, illuminating each person who has lost their life; to show the humanity of the victims and that their lives mattered.

Free to the public

Wow! Now I want to know more about each of their stories. Larry did an amazing job of creating unique representations and honoring each individual. Gut-wrenching yet beautiful! Larry is talented and his work is IMPORTANT! Must see! I hope this exhibition gets viewed on a National tour...