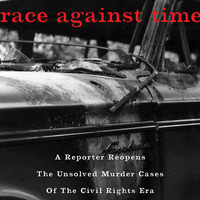 Investigative journalist Jerry Mitchell, recognized nationally for his coverage of crimes from America’s Civil Rights era, will reflect on his work as a keynote speaker at the 10th Annual National Civil Rights Conference.

Mitchell will speak at the conference lunch event.

Mitchell created the Mississippi Center for Investigative Reporting in 2019, after three decades as a reporter for the Jackson (Mississippi) Clarion-Ledger.

During his career, Mitchell’s reporting on decades-old cases of thwarted justice led to:

Mitchell, a 2009 MacArthur Foundation “genius” grant recipient, details his work on notorious killings in his 2020 book, “Race Against Time: A Reporter Reopens the Unsolved Murder Cases of the Civil Rights Era.” More than 40 percent of the book is devoted to Freedom Summer 1964 and the deaths of Michael Schwerner, James Chaney and Andrew Goodman. The case had its origins in Oxford, with Freedom Summer volunteers training on what is now Miami’s Western Campus.

Miami, Empowerment Coalition Inc. and the Coushatta Tribe of Louisiana are co-sponsoring the National Civil Rights Conference on the Miami campus, with registration available on the NCRC site.

The two-day gathering will feature topics related to the theme, “Rise, Advocate, Educate and Cooperate: The Challenge of Change.”