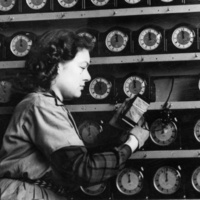 Resetting the Clocks in a 24/7 World

Opening Event of the 2019-2020 John W. Altman Program in the Humanities: Time and Temporality

Jonathan Crary received his Ph.D. from Columbia in 1987 having previously graduated with a B.A. from Columbia College, where he was an art history major. Among his professors were Edward Said, Meyer Schapiro, David Rosand, F.W. Dupee, and Arthur Danto. He also earned a B.F.A. from the San Francisco Art Institute where he studied film and photography. His film teachers there included James Broughton, Larry Jordan, and Gunvor Nelson. His first teaching position was in the Visual Arts Department at the University of California, San Diego. He has taught full-time at Columbia since 1989 and has also been a visiting professor at Princeton and Harvard. Since 1988, he has been an affiliated faculty member of the Whitney Museum Independent Study Program.

Professor Crary has been the recipient of Guggenheim, Getty, Mellon, and National Endowment for the Arts Fellowships and has been a member of the Institute for Advanced Study in Princeton. In 2005, his teaching and mentoring were recognized with a Distinguished Columbia Faculty Award.