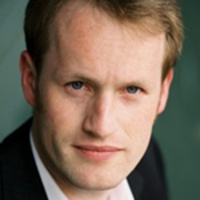 Dr. Philipp Stiasny, a film historian in Berlin, Germany, will be giving a talk via Zoom on Thursday, April 29, 2021 at 4:15pm. His talk is entitled "Hitler Youth Quex." See the following paragraph for further details. Please be advised that his talk and the discussion after the talk will be in German. If you would like to attend this event, send an email to gramelac@MiamiOH.edu and request the Zoom link. We hope to see you there!

“Hitler Youth Quex” was one of the first Nazi propaganda films produced under the rule of Adolf Hitler. It is the semi-biographical story of a boy who is killed during the street fights between Communists and Nazis in Berlin in 1932 and subsequently became a martyr of the Nazi party. When the film showed in Germany in the Autumn of 1933, it became a surprise hit. This talk will place “Hitler Youth Quex” within the history of cinematic youth propaganda in the Third Reich but will also describe the film as a story of conversion that invites viewers to join the efforts of National Socialism.