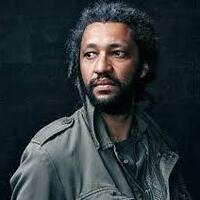 Join us for a special screening of the award-winning drama, Today (2012) in the presence of the filmmaker, Alain Gomis. Set in a village outside Dakar, Today tells a fateful story about the last day in the life of a man, Satché, played by the American actor-musician Saul Williams. The film is a poignant mediation about destiny, friendship, and what is left unsaid. Winner of the 2012 Golden Bear Award for Best Film, Berlin International Film Festival.