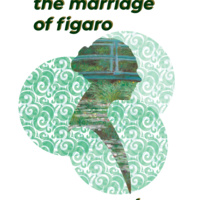 Opera: The Marriage of Figaro

Come and join the Miami University Opera Theater for a brand new production of Mozart's The Marriage of Figaro in English. Reminiscent of Shakespeare's Much Ado About Nothing, enjoy a comedy of errors as Figaro, Susanna and the Countess attempt to outwit the Count as he tries to assert his right to the first night on the day of Figaro and Susanna's wedding. This 2 1/2 hour opera is full of more schemes and machinations gone awry than one can count: all in the span of one day. Experience one of Mozart's masterworks this February 20th, 21st and 22nd at the Gates-Abgellen Theater.