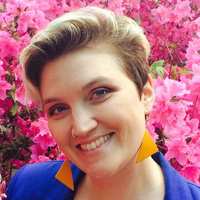 Dr. Whitney proposes a concept of affective injustice: a unique variety of social injustice that hinges on hierarchies of affective capacities rather than intellectual ones. She motivates the concept through an analysis of intellect-emotion distinctions in Bergson’s account of laughter and of evolution, exposing a racializing imaginary exemplified in blackface minstrelsy. Placing her analysis of Bergson in conversation with Ngai and Schuller’s treatments of animacy in their work on race, affect, and biopolitics, Dr. Whitney draws conclusions not only about Bergson, racialization, and affective injustice, but also about the deployment of notions of plasticity, affect, and animacy in contemporary affect theory.