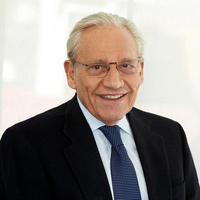 Bob Woodward - "How We Got Here: The State of the American Presidency

"How We Got Here: The State of the American Presidency"

Woodward, an Associate Editor of the Washington Post, has shared in two Pulitzer Prizes, first in 1973 for coverage of the Watergate scandal with Carl Bernstein which produced the book, All the President’s Men, and second in 2003 as the lead reporter for coverage of the 9/11 terrorist attacks.

No one else in political investigative journalism has the clout, respect, and reputation of Woodward. He has a way of getting insiders to open up in ways that reveal an intimate yet sweeping portrayal of Washington and the political maneuvering of its denizens, including how presidents lead.

No one digs deeper or has provided a more detailed or penetrating portrait of the presidents from Nixon to Trump than Bob Woodward.

The Event Link will be posted on the Miami University Lecture Series website by Noon, Feb. 15.

The speaker and presenters were great but Zoom sessions with people who are on tv and youtube all the time anyway seem somewhat pointless; save the zoom for local people and issues of great specific interest to Miami people

This was an excellent talk! Really enjoyed the Q&A at the end. Perhaps the student hosts could refrain from saying "Awesome!" as a response to everything, especially on topics such as the massive death toll of the COVID19 pandemic.