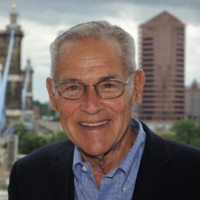 History, Leadership, and the Good Life

Join the History Department and Humanities Center for an evening with former CEO of Procter & Gamble, John Pepper. Pepper will discuss the significant role the humanities plays in preparing students for success in the classroom, business leadership, leadership in general, and in life.

John E. Pepper Jr. graduated from Yale in 1960 before beginning his career at Procter & Gamble in 1963. In the 39 years that Pepper worked at P&G, he held numerous roles including Chief Executive Officer and Chairman from 1995 to 1999, Chairman of the Board from 2000 to 2003, Director of P&G from 1984 to 2003, and President from 1986 to 1995. From 2007 to 2012, Pepper served as Chairman of the Board of the Walt Disney Company. He also was on The President and Fellows of Yale College, which is the governing body of Yale, and served as the Vice President of finance and administration at Yale from 2004 to 2005. Currently, Pepper is the Co-Chairman of the National Underground Railroad Freedom Center. He is the author of What Really Matters: Service, Leadership, People, and Values (Yale University Press 2007), and Russian Tide (2012).