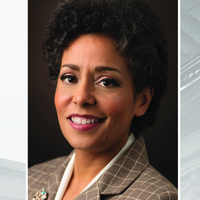 A veteran of operations that included NATO peacekeeping, Indonesia tsunami relief, Desert Storm and Iraqi Freedom, she was thrust into the international spotlight in 2009 as leader of the counter-piracy task force that rescued civilian Captain Richard Phillips from Somali pirates.

Admiral Howard is currently a visiting professor at the Elliott School of International Affairs at George Washington University, focusing on the cyber domain and associated issues in strategy and policy. This appointment is the capstone of a distinguished career in national defense within the areas of operations, readiness, and strategic planning.