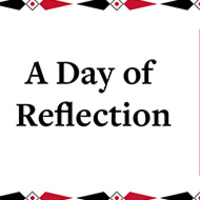 A Day of Reflection: Commemorating the 175th Anniversary of the Miami Tribe's Removal from their Homelands

A Day of Reflection: Commemorating the 175th Anniversary of the Miami Tribe's Removal from their Homelands

Please join us for a day of reflection as Miami University commemorates the 175th anniversary of the Miami Tribe's removal from their homelands.

Miami University cordially invites you to this solemn event in remembrance of October 11, 1846. On that day, Myaamia people, who were forcibly removed from their Indiana homelands, passed through Butler County on the Miami Erie Canal, along the Great Miami River, as they journeyed to lands that later became Kansas.

The program will begin at 10 a.m. next to the A Tribe Named Miami, A Surveyors Stake, a Town Named Oxford sculpture.

Attendees will walk from the Art Museum Sculpture Park to Bonham House. Transportation will be available for those who need assistance.

The program will conclude in the green space next to Bonham House, the home of the Myaamia Center.