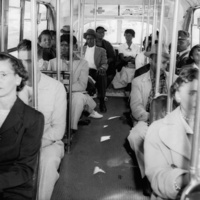 A Conversation about Race and Caste

Join us for the first lecture in the 2021-2022 Altman Series as Isabel Wilkerson presents, "A Conversation about Race and Caste."

Isabel Wilkerson is a journalist, best-selling author, and National Humanities Medal recipient. She is the first African American woman to win a Pulitzer Prize in journalism. The Warmth of Other Suns, her debut account of the great migration, won several awards, including the National Book Critics Circle Award and the Dayton Literary Peace Prize. Her most recent book, Caste: The Origin of Our Discontents, was released in 2020 to wide acclaim. The New York Times called it “an instant American classic” and “almost certainly the keynote nonfiction book of the American century thus far.” The book argues that caste--a society-wide system of social stratification characterized by notions such as hierarchy, inclusion, exclusion, and purity--is essential to understanding race and racism. Wilkerson has taught at Emory, Princeton, Northwestern, and Boston Universities, and she has worked at newspapers including the New York Times, the Washington Post, and the Los Angeles Times.

The 2021-2022 Altman Program invites the Miami University community to explore the persistence of racism in its cultural, political, and institutional forms. What is the history of race as an idea and a social category? How did it transform systems of law, administration, and representation into vehicles for subjugating entire groups of people? How does racism work today? What is its relation to systems of caste and meritocracy? To citizenship and mobility? How can emerging humanities scholarship help us interrogate its evolution and frustrating persistence? And what measures can we take to create a more inclusive and equitable society?