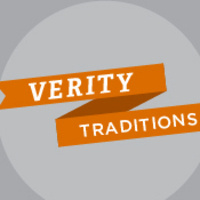 A College Town During World War I

Presented by the Smith Library of Regional History

The Great War in Europe had an impact on Oxford even before the U.S. entered the war in 1917. The small town with a university and two women’s colleges played a unique role in the war effort when town and gown came together to aid refugees, buy bonds, and mourn losses.

The presentation will include archival images and information from newspapers and yearbooks, letters and diaries. The Smith Library's World War I collection offers examples of student activities including forming an army training corps, rolling bandages and holding bake sales to raise money.   A Home Guard was formed by Oxford men who were not in the regular army.

Valerie Edwards Elliott received a B.A. in history from Miami University and an M.L.S. from Indiana University. She worked in academic and corporate libraries in California before returning to Ohio to direct the Smith Library of Regional History for the Lane Public Libraries. She also served as assistant archivist at Miami University where she contributed to several Miami Bicentennial projects. In addition to writing the text for historic district walking tour booklets, she is the author of Images of America: Oxford, a contributor to several other books, and author of numerous articles on local history. Her work has received recognition from the Butler County Historical Society, the Ohio Association of Historical Societies & Museums, and the National Underground Railroad Freedom Center.

Verity Traditions programs are free and open to the public. A light meal is served at 5:45 pm for the first sixty attendees.